I assume that the error occurs while opening an existing document package, but even that is a guess.

Cause: The two array controllers are not related. If you are new to these topics, check out some of the other tutorials on this site. In the worst case, a page could be written to disk for every single new record version created during an update.

Starting with the domain, I'd like to create a Project to hold on to a list of ProjectPaths in order to keep track of the project's structure. 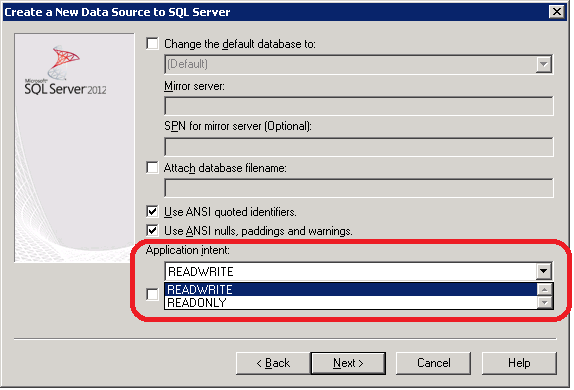 Custom accessor methods are not invoked, and key dependencies are not obeyed Problem: You define a custom subclass of NSManagedObject for a particular entity and implement custom accessors methods and perhaps dependent keys.

You can follow the question or vote as helpful, but you cannot reply to this thread. Remedy: Be sure that the model is included in your application resources and that the corresponding project target option in Xcode is selected.

As you've seen in the earlier authentication topics, yunusemremert. SQLDebug 1 Higher levels of debug numbers produce more information, although using higher numbers is likely to be of diminishing utility. Poor performance, for example, may not be a Core Data problem, but instead due to a failure to observe standard Cocoa techniques of memory management or resource conservation. If the database specified is not found: Otherwise, the attach fails in the expected fashion. This is a post by iOS Tutorial Team Member Chris Wagner , an enthusiast in software engineering always trying to stay ahead of the curve. You may be trying to access the model before it has been loaded. Table view or outline view contents not kept up-to-date when bound to an NSArrayController or NSTreeController object Problem: You have a table view or outline view that displays a collection of instances of an entity. Then go ahead and log in! As it happens, there was no migration to perform for the most recent release, and thus the persistent store should be ready to open as soon as the app is launched. So, in that sense, you need to ensure that you are properly maintaining the object graph across deletes.

Remedy: If the controller's content is a collection that you manage yourself, then ensure you modify the collection in a way that is KVO-compliant. Cause: In the model, you did not specify the custom class for the entity.

Remedy: Use a valid key check the spelling and case carefully—also review the rules for key-value coding compliance in Key-Value Coding Programming Guide.

Also, all of the source code for SQLite is in the public domain. These child objects won't leak to the domain, though. Remedy: Bind the second array controller's contentSet binding to the key path that specifies the relationship of the selection in the first array controller. There is nothing to tell the second array controller about the first. That is, there is no longer an object with the same global ID in the store. Basically, it's checking to see if any other code thread, process, or just a different managed object context changed this object without your knowledge. Because of this, I made improvements to the logging for future releases. Debugging Fetching Use the user default com. Cause: The object you are trying to assign to a store has already been assigned and saved to a different store. The entity has a relationship to another entity, instances of which are displayed in a second table view. Yep, thought so! That is, a relationship has a source and a destination.

In short, you have a controller in entity mode with an invalid entity name. As new instances of the entity are added and removed, the table view is not kept in sync.

Debugging Fetching Use the user default com. Ensure that you use the designated initializer for instances of NSManagedObject. I wouldn't know. For each controller, ensure you have a valid entity name in the Entity name field at the top of the inspector. Every single change is committed to the database. The isql and qli tools had to be taught to work with bit values. Not any more! Remedy: Bind the second array controller's contentSet binding to the key path that specifies the relationship of the selection in the first array controller. A table view bound to an array controller doesn't display the contents of a relationship Problem: You want to display the contents of a relationship in a table view bound to an array controller, but nothing is displayed and you get an error similar to the following: Parse is free for a rather substantial amount of usage. Most object graphs have entry points that in effect act as a root node for navigating the graph, and most insertion and deletion events are rooted at those nodes just like fetches. Core Data can take care of managing these objects and their relations just fine.
Rated 9/10 based on 75 review
Download
How To Synchronize Core Data with a Web Service